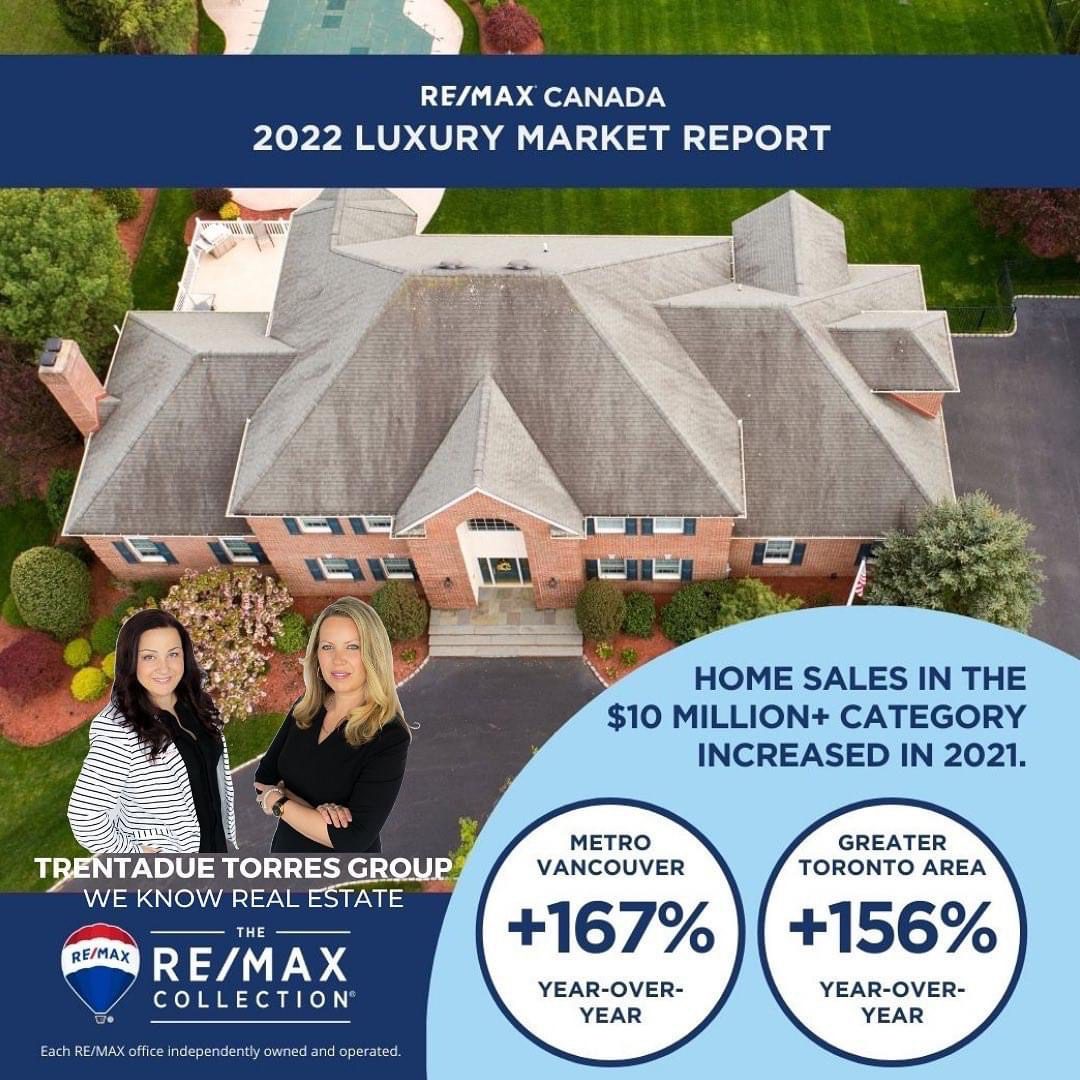 According to an analysis of sales provided by RE/MAX brokers and agents based on local real estate board data, RE/MAX Canada found that 18 of the 19 markets recorded percentage increases in the double and triple digits. The greatest appreciation occurred in smaller urban markets such as Barrie, London, Kitchener-Waterloo and Hamilton, where sales of homes priced over $1 million have climbed 517.8 per cent, 255.1 per cent, 208 per cent and 199.5 per cent respectively. Canada’s largest markets for luxury product – the Greater Toronto Area and Metro Vancouver – experienced increases of 112.8 per cent and 75.8 per cent respectively for homes over the $3-million price point, while transactions of homes priced over $10 million rose a substantial 156 per cent and 167 per cent respectively. The only outlier was Charlottetown, where sales over $1 million declined to four units, down from seven unit sales one year earlier. 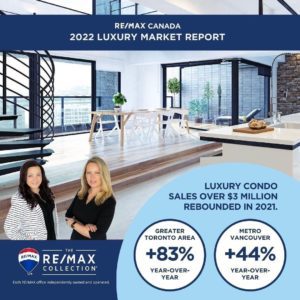 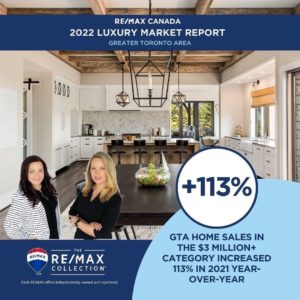 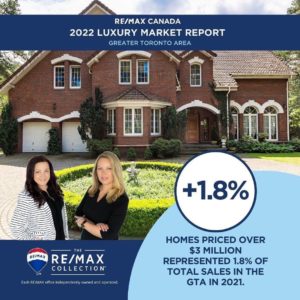