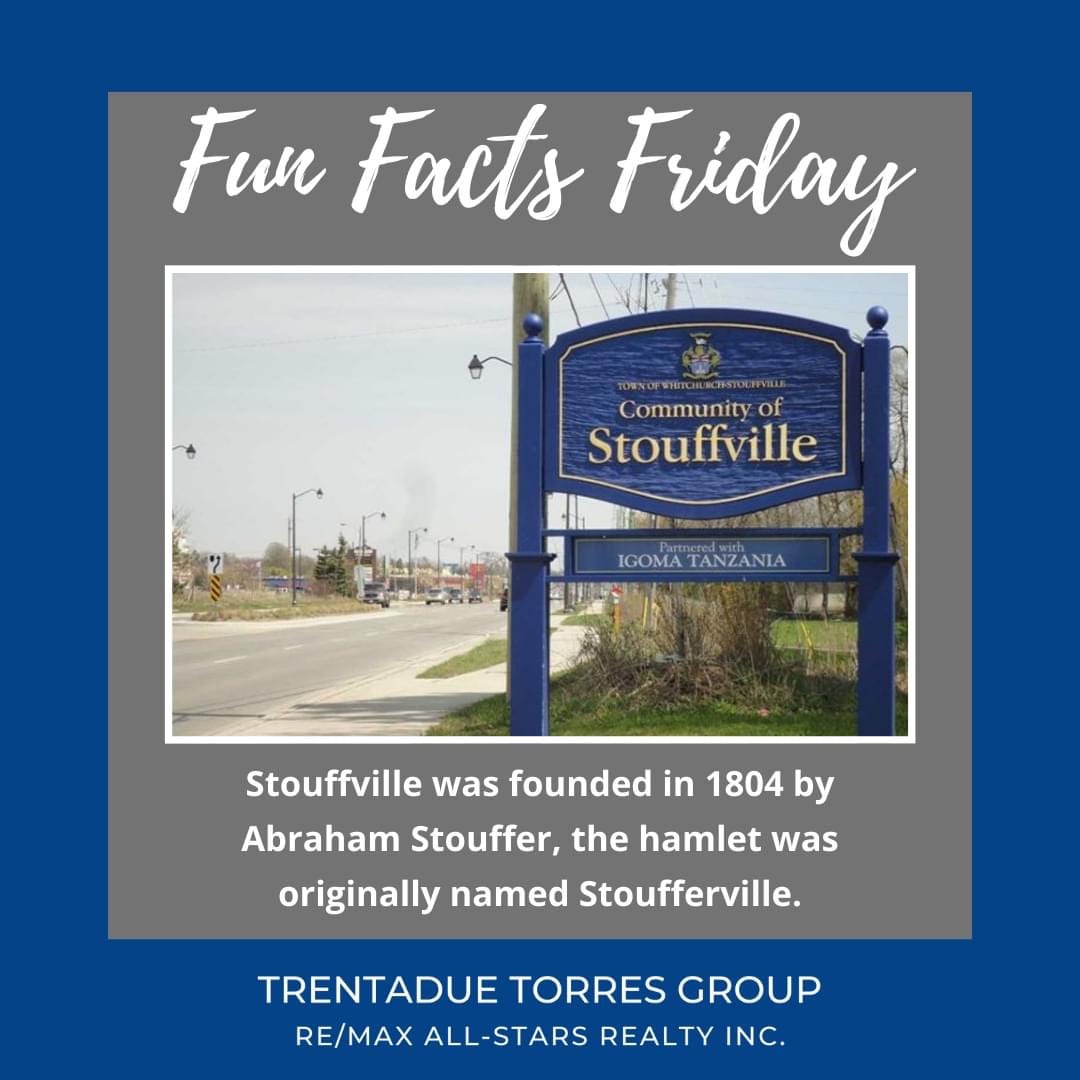 Stouffer built a sawmill and grist-mill on the banks of Duffin’s Creek in the 1820s. The community name was shortened to Stouffville when its first post office opened in 1832.

In 1877, Stouffville became an incorporated village.

On January 1, 1971, the Village of Stouffville amalgamated with Whitchurch Township and was designated a community within the larger town of Whitchurch–Stouffville; with amalgamation, the boundary of the town was also moved four farm lots south of the original boundary of Main Street (the land was formerly a part of Markham Township).

Did you know about this interesting #funfact?